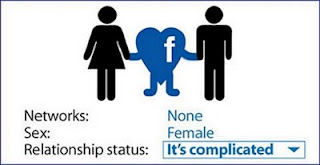 Tandaan: A girl needs thousands of reasons to go to bed with a guy, while a guy needs only a bed. Talo ka girl.

There are still a lot of penis-centered males out there na iniisip nila na sila'y regalo ng Diyos para sa inyong kababaihan. They may not do it intentionally but they do behave in this manner and it's unacceptable.

Napaisip lang tuloy ako ng ganito kasi nga kapag nikikita ko ang picture mo sa Facebook. You're not hideous and you're cute, why not go out there and look for another guy kaysa naghihintay ka araw-araw diyan sa apartment mo with arms and legs open wide for a guy who treats you like a sex doll?

I think it's the fear of being alone and the feeling of being rejected. That's why you have to be brave to get out of your shell, and start a new life without him. Remember, happiness is just there around you, hindi mo lang pinapansin.

Stop degrading yourself. You're beautiful and you have an interesting personality. Go out and let yourself be free from the shackles of such bad romance. Hindi ikaw ang nawalan. Go ahead, change "It's complicated" to "Single". Just click on, and surely, something better will happen. 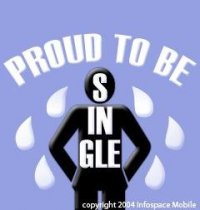 Weird Al Yankovich's simply the best when it comes to making parodies of soundtracks and songs. This time he made a parody of Lady Gaga's "Born This Way". It was said that the his mtv "I Perform This Way" was actually approved by Gaga herself.

So here's the video and enjoy!

Posted by Mr. Tripster at Saturday, September 24, 2011 No comments:

Email ThisBlogThis!Share to TwitterShare to FacebookShare to Pinterest
Labels: Music

And the battle is on between the two most beautiful scums of the earth- The Queen of Monsters, Her Royal Highness in her most outrageous regalia Lady Gaga, versus The Laureate of Low Lifeforms of America, Charles Bukowski. Who will win this match?

Gaga- compared to her over-rated contemporaries, the Fame Monster is a genuine product of true music and pure talent. She knows how to sing, play the piano, and she can dance as well. No autotune. But instead of being a diva like Mariah Carey or Celine Dion, she opted to create glamourized trashy songs with stuttering lyrics (Po-po-po-po-po-pokerface, Ra-ra-ra-ah-ah, Juda-juda-a-as, see what I mean?). Yes, they're trash, yet amazingly brilliant when she plays them in her piano. In her artistic power, she pulled thousands of her minions out of their shells to become who they were destined to be, little monsters of Lady Gaga's powerful Fame Monster Machinery.

Bukowski- a true writer and poet, but his ascension towards the peak of success was initially blocked by ignorant publishers. His poems and other works are about losers, whores, pimps, criminals and all other underdogs of society. His art is simple in form, but the characters and their stories reflects the profundity of the American reality during his time. The narrator of the dark, the hopeless, the obscene and the dull. His works actually speak to his audience.

Gaga-0 / Bukowski-1- just because Bukowski doesn't stutter in his poems.

Gaga- an icon not only in music but also in the world of fashion. She destroyed the negative concept of what is strange and alien by giving a new definition, or better, offering a new concept of being a non-conformist and original- TO GO GAGA. That means "be what you want to be". She's the knight in shining armour of the losers of society. Her lifestyle says that dreams come true, even in a fashionably nightmarish way.

Bukowski- Cigarettes, random sex and alcohol. This writer lives just like any other random guy in the streets. He lived how others lived their lives. He was the man of the mass, thus a man of mess.

Gaga- 1 /Bukowski- 1- because Gaga's story from rags to richer rags appeal so much to her little monsters. Bukowski is the 60's version of emo, and I hate emo's. Besides, both the losers and the powerful love Gaga's regalia.

A masterpiece on love/relationship gone terrible-

Bukowski- Love is a dog from hell

Gaga- 1 / Bukowski 2- in this round it's for Bukowski, he just now how terrible it can get in a bad romance.

Gaga- "I'm beautiful in my way 'coz God makes no mistakes, I'm on the right track baby, I was born this way."

Bukowski-“For those who believe in God, most of the big questions are answered. But for those of us who can't readily accept the God formula, the big answers don't remain stone-written. We adjust to new conditions and discoveries."

Gaga- 2 / Bukowski- 2- Another point for Gaga. She's the curse and blessing. Love her or hate her, you really can't blame the woman who gets her inspiration from God and gays.

Gaga- I listen to Gaga's hype music while jogging early in the morning.

Bukowski- Hmmm.... I can use the pages of his book to clean myself after a laborious session of sitting on the toilet. However, the paper is not very  comforting to wipe down there.

Posted by Mr. Tripster at Saturday, September 24, 2011 No comments:

Killing time.... in every sense of the word

NAME : Tripster Guy
BIRTHDATE: Irrelevant
PRESENT ADDRESS: I’m so high I’m not even sure if I’m still on earth.

WHAT WAS YOUR:
1. last beverage = coffee,

2. last phone call = My everdearest boss who called me from the second floor of the building of our workplace telling me to bring her a bottle of water. And I said, “Hell no!”… well, I actually said, “Sure! Still or sparkling?”, hehehe….

HAVE YOU EVER:
6. dated someone twice = boring naman kapag ganun…

7. been cheated on = No, they find me irresistible. Hahahaha!

8. kissed someone & regretted it = why is this becoming too intrusive about my secret liaisons?

9. lost someone special = Many times, but I’ve lost one that’s really absurdly dear to me. Virtually. Oh my God, I’m becoming stupid and incoherent like many. I’m in love?!

10. been depressed = My life’s pretty much like that but I’m very hyped.

11. been drunk and threw up = It only happened once and that’s it! I don’t get it why many people love to get drunk.

16. Fallen out of love = I’m always too in love with myself and that’s for life.

17. Laughed until you cried = No, but I wept so much one time that I started laughing out loud. After that, I went to the bathroom and took a dump.

18. Met someone who changed you = Why does that matter? Do you wanna meet him too?

19. Found out who your true friends were = I guess I still need to put them to a test.

21. Kissed anyone on your FB friend's list = What the hell is this question?

GENERAL:
22. How many people on your FB friends list do you know in real life = Why do you care?

25. Do you want to change your name = Yes. I’d like to be called George Richard Pryce Miguel Joselito Pacencio Carpio de Valencia III.

26. What did you do for your last birthday = Polished some details regarding my plans of world domination.

28. What were you doing at last night = Unspeakable abomination.

29. Name something you CANNOT wait for = Finish this questionnaire.

30. Last time you saw your Mother =  exactly 43 minutes ago, she was telling me to make some coffee.

31. What is one thing you wish you could change about your life = The decision that I should’ve made in 2002.

32. What are you listening to right now = The abysmal empty silence

33. Have you ever talked to a person named Tom? = Tom who? What? You’re freaking me out.

34. What's getting on your nerves right now = Apart from Rebecca Black and my evil sister, you.

38. Relationship Status = Available for superficial relationship and flings because I’m always broke. Need to get a better-paying job!

40. He or She = Now this is the question you can only ask a stupid person because I can’t give you a stupid answer to your stupid question.

45. Long or short = short, silky and curly spikes. Figure that out.

48. What do you like about yourself? = My conflicting personalities, my arrogance and hypocrisy and my “just the average nice guy” attitude towards many. But most of the time, I’m just so full of myself. That’s why I’m trying to be as patient as possible in answering this questionnaire.

FIRSTS:
52. First surgery = I had my appendix removed and replaced it with a new one.

53. First piercing = Why are you so obsessed with my piercing?!

54. First best friend = My imaginary alien-friend named The Mad Magisterial Harlequin of the Popess of Mortoria.

58. First pair of trainers = Can’t believe that you’re actually asking me this question as if it will reveal some cosmic truth about me!

60. Drinking = my third cup of coffee

61. I'm about to = get a nervous breakdown for no reason at all.

62. Listening to = an imaginary orchestra of beings of the third kind, and I don’t know where they came from.

63. Waiting for = payday and Christmas.

65. Get Married? = I don’t believe in marriage anymore, sorry! Hahahaha!

WHICH IS BETTER :
67. Lips or eyes = a vibrant bank account

68. Hugs or kisses = Kisses, because I don’t like people touching me.

69. Shorter or taller = I’m not asking for a dwarf or a sky-scraping human being.

70. Older or Younger = mature enough to handle a retard immature guy like me.

73. Sensitive or loud = what’s that supposed to mean?

74. Hook-up or relationship = I believe in a short-term contractual relationship, one that is renewable as well whenever needed.

75. Trouble maker or hesitant = Whatever, as long as she’s not a psycho.

81. Had your own heart broken = Doesn’t matter.

83. Turned someone down= Pretty much everybody.

84. Cried when someone died = Yes. I cried because I was laughing so hard at the funeral of somebody I really hate.

85. Fallen for a friend = Can we just move on to the next question? This is becoming so ridiculous.

DO YOU BELIEVE IN:
86. Yourself = Do you think I fabricated my existence?

87. Miracles = The fact that you exist is a miracle. You ought to disappear right now.

88. Love at first sight = I believe in miracles, so why such impossible idiosyncrasy like this shouldn’t happen?

90. Santa Claus = No, but I believe that there’s a half-human-half-snake monster under the Robinson’s Galleria Mall and manananggals.

Posted by Mr. Tripster at Wednesday, September 21, 2011 No comments: 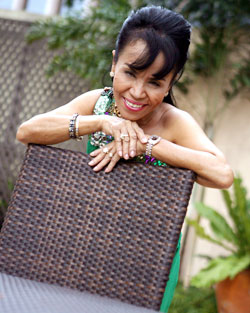 Nais kong tapusin ang post kong ito ng ganito-
"The obscenities in this country are the powerful Filipinos who do not do their duties, the corrupt officials, who are not responsible. These are the obscenities in our nation. There are only bad artists and bad writers."- Francisco Sionil José, Philippine National Artist for Literature.