Online flirt. Hanggang ganyan lang naman ako. Comment dito, like doon. Isang araw makikita mo na lang na nagbago na ang status niya- In a Relationship with ‘The Guy Who is Now Standing In the Place You Wish Were Yours’.

But believe me, I’m not one of those bastard douchebag types. Napaka harmless ko, promise! Hahaha!

Pero mapapaisip ka din talaga minsan. Girls and boys would come by and you went let them in to your life. You just let them walk on by. And when you look around, shet! Napagiiwanan ka na talaga.

Here’s another truth from the Tripster Guru- Malandi man at magaling, napagiiwanan din.

Awake! February is at hand!
Posted by Mr. Tripster at Tuesday, January 29, 2013 39 comments: Links to this post

Ladies and gay men, closeted boys, boys in denial, and boys who are on the verge of crossing to the other side, I want you all to meet Mr. Christian Grey.

Christian Grey is the human version of Edward Cullen, but a lot better because he’s human and he doesn’t sparkle under the sun. He’s a of a big company, he’s sexy, and all girls want to have him between the sheets. And just like Edward Cullen, HE’S NOT .

Yes, I admit it, I READ 50 SHADES OF . Without shame, I want the whole world to know that I READ 50 SHADES OF . Out of curiosity really. I actually violated one of my cardinal rules of not reading any book that is just as famous as Twilight. No offense Twilight fans. Iba iba kasi nga trip natin. Pero na tripan ko nga basahin ang sinulat ni E. L. James. 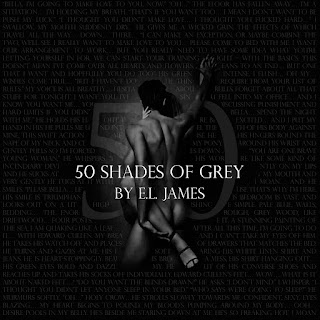 It was actually in my AZ Book Challenge List of 2012.

Anyway, I was so curious to know why the book is so famous. A girl would react to the word ‘Grey’ in a very peculiar manner.

You say “Grey”, and she blushes and sweats a little.

Say his name louder, and she let’s out a sigh, a moan of pleasure.

Shout his name at the top of your lungs, and she gets an orgasm.

However, they marketed the book as a romantic novel, with faint hints of sadomasochism. And it’s not really the language or technique of the writer that attracted readers. It’s Christian Grey, the male character of the story.

He’s a control freak. He wants to take in charge of everything. He’s rich. He wants to provide you everything. When he wants a girl, he wants her all by himself. And when he wants a girl, he lavishes her with all his attention, time, priorities, resources, sex, sex, a flogging, chains, sex, sex, and even more sex. Yes, it’s so sexual I had to stop reading after some chapters. I never made it to the end. Hindi naman ako ganong ka sexual na tao.

Nobody wants to talk about or hear anything about Anastasia Steele, the female lead character- the literature graduate who is imperfect, unglamorous, and just like any average girl. Everybody (yes, even the male population) wants to hear about Grey.

Pero masyado kayong humahanga kay Christian Grey. Let me show you a chart to explain why I can be better than him….

Because you can’t have an orgasm just by a book (paano mo ipapasok yan?), and even a not so enormous member has the ability to please you and blow you mind away with a boom-boom-pow action in bed. Yeah meeeen!

And here's another thing.... 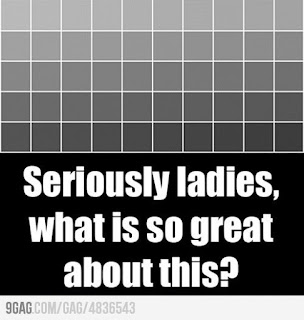 Give credit to whom credit is due. 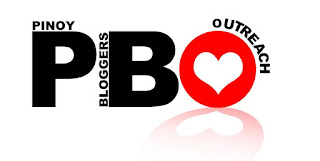 It started with a simple dream. And then, an idea. And then, the idea became a reality, and my God, what a reality! It made a lot of children smile. Dahilan na rin sa sayang dala ng mga bloggers.

I remember taking part in a meeting of community leaders para pag-usapan ang pagbuo ng isang outreach program para sa isang certain village sa Pilipinas. The discussions (and debate) rivaled the heated exchanges in a Senate hearing or a committee meeting in the House of Representatives. The noble dream of helping the poor was being made real by the machineries of ego, politics, and idiocy. Ang tagal bago na-finalize ang concept. Pero salamat sa Diyos at nagkaroon ng magandang result.

Pero this PBO started with the collaboration of four particular bloggers- Gracie from graciesnetwork, Mar of Unplog, Arline of The Pink Line, and (one of our top icons) Arvin of Archieviner. And January came, and the deed was done!

Quick wits and quick actions. Best of all, the people behind the scenes, the bloggers, the volunteers, organizers and officers are people with noble and humble hearts.

I hope this thing gets to Sen. Tito Sotto who did nothing but belittle bloggers.