The Day I Met Jeon Do-yeon

She’s not as beautiful as our pseudo-actresses-wannabe-concert-queens-glitter-ass-half-breeds-who-are-nothing-but-a-bunch-of-girls-who-barely-learned-to-act-and-could-have-been-better-as-commercial-models-because-almost-all-of-our-movies-are-120-minute-advertisement-save-those-indie-movies. But one cannot deny her greatness in acting and versatility. 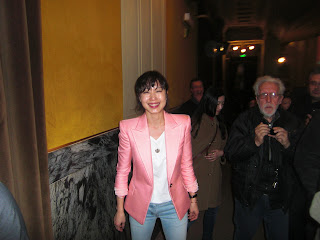 For those of you who didn’t recognize her, she starred in “Lovers in ”. I didn’t watch it though.

Anyway, she’s considered an A-list actress in . She’s the female counterpart of Song Kang-ho. She’s the muse of great Korean film makers such as Lee Chan-dong.

has known her since 2007 when she won the Best Actress Award at the Cannes Film Festival 2007 for the movie “Secret Sunshine”.

In 2010, Im Sang-soo’s movie “The Housemaid” was shown in movie theatres all over , and that was the first time I saw her.

It is the story of a young woman who was hired as a nanny for a very rich family. Her sexy boss started making advances to her, seducing her. And who wouldn’t fall for a guy who looks like a model and wanders around her room half-naked showing his body and six-pack abs. Eventually, she went down on him, until she got pregnant.  Of course her boss’ wife and mother-in-law got pissed off. Who wouldn’t be? Someone’s screwing your husband while you’re asleep.

Because of the horniness of one guy, the women of the house- the nanny, the governess, the boss’ wife, the filthy rich mother-in-law are all mixed up in this vortex of hate, revenge, and perfidy. I liked the unique characters, especially the governess who was at the heart of all the conflicts.

It was actually a remake. The 1960’s The Housemaid is one of the greatest movie classics in . It was a great challenge for both the movie director Im Sang-soo and Jeon Do-Yeon to do a successful remake.

This is exactly the kind of movie I’d like to watch- sex, cold revenge, and malice all together.

And Jeon was superb in her role as Eun-yi, the nanny. She said during the press conference that she did push herself beyond her limits by showing some flesh but she was happy to live up to the challenge.

Of the 52 movies show at the Festival, this is really one of the few films that really I liked.

What If The Pope Were Filipino?

You can really see the adrenaline rush in the blood stream of Filipinos when observers and journalist mentioned the name Tagle as a possible candidate to be the next Pope.

I thought that it was quite impossible for Cardinal Tagle to be a Pope. Unthinkable. You simply can’t barge into the arena of ecclesiastical politics without being deeply rooted into its secrets, policies, factions and institutions within the . Too young. Too raw. He’ll be meat to hungry lions.

And I don’t really like your pope BUT I LOVE THE PAPACY. I’ve always been fascinated by the Papal Throne, its temporal and divine authority and its history. I’ve always been curious of the Vatican Archives, the scandals, the conspiracies and everything!

If fact when I was a kid, I dreamt of becoming a Pope, but then I realized that they don’t really have a sex life, so the rest is history. Hahahaha! Weeeh!

I just thought about it because I was doing some research and writing an article for a newsletter.

But these are just crazy thoughts of a blogger who just recovered from a fever and probably suffering delirium and paranoia.

Anyway, if I were Cardinal Tagle, I wouldn’t even dream of replacing the Pope Emeritus. God knows how big the challenge is, and we’re not just talking about the minimal size of the 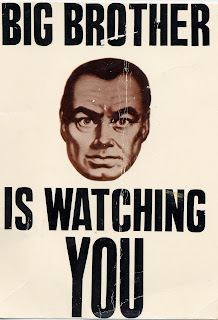 I really believed that I’m not concerned much about my sister and her life, until...

More than that darating din si Jeon Do-Yeon, the actress in the highly praised movie in , “The Housemaid”. And the return of the quirky indie band Annyeong Bada or ! Napupuspos yata ako!

I’m not a big fan of celebrities pero gusto ko na rin makita yung actress para may masabi lang hahaha! And she will be speaking in a press conference so I’d like to be there.