I have set up my own criteria for judging the candidates for the 33 hopefuls in the senatorial race and one party-list. Senators at party-list lang ang puede naming iboto, kaming mga overseas absentee-voters.

Ito ay sa aking opinion lamang. Naglakbay ako sa ibang mga blogs at websites to learn some tips and principles on evaluating candidates. For all concerned bloggers, I encourage you to visit the blog The Rizal Robredo Index (rizalrobredo.blogspot.com). This is an online project of a group of netizens who provided an sample questionnaire on how to judge candidates. I think their questionnaires are exhaustive and helpful also. 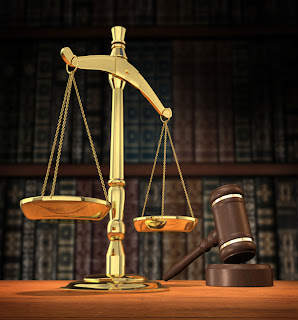 I have two categories- NON-NEGOTIABLES at NEGOTIABLES

CATEGORY 2: NEGOTIABLE – bakit negotiable? Because I’m ready to consider compromises up to a certain degree.

Ganyan lang naman ka-simple ang index ko. Hindi ko na siguro iisa-isahin dahil out of 33, I realized that 20 of them are pure epaloids. So I’m left with 13 candidates to scrutinize.

For Your Bleeding Noses Only

Last time I posted an article about politics, several bloggers said that their noses bled. It kind of startled me because their immediate response is to refuse to read further because it’s about politics. Their system refuses to ingest anything about politics. And for me, to know that bloggers of my community are gradually losing interest in current events and the political life of the country is quite alarming.

I can’t really blame them. The game of politics is just as dirty, as slimy, and as sickening as an infested unwashed vagina of a whore. That’s how sickening and disgusting it is- it makes you lose your appetite, even your boner.

Add to that the half-truths of politicians, the secret second lives of certain national leaders, the biased reports and stories of journalists, the whimsical propagandas, the inaccessibility of the public to government documents, and the lack of transparency of the legislature, the transcendental idiocy of show business, and the decline of the general culture of the people. It’s a salad of the ultimate idiosyncrasies of this planet.

So it’s really not that appealing and not easy to digest. Bloggers wouldn’t want to have a spoonful of politics. On the other hand this salad is the primary nourishment for that growing monster called political illiteracy and the staple of incumbent dynasties.

Here's what Bertolt Brecht, the great German dramatist, once said-

"The worst illiterate is the political illiterate, he doesn’t hear, doesn’t speak, nor participates in the political events. He doesn’t know the cost of life, the price of the bean, of the fish, of the flour, of the rent, of the shoes and of the medicine, all depends on political decisions. The political illiterate is so stupid that he is proud and swells his chest saying that he hates politics. The imbecile doesn’t know that, from his political ignorance is born the prostitute, the abandoned child, and the worst thieves of all, the bad politician, corrupted and flunky of the national and multinational companies”

Marami nang ganyan sa bansa natin. Mahirap at mayaman, jologs at coños, matanda at bata. In a time when information is available everywhere- internet, TV, radio, broadsheets and tabloids, and blogs- everything can be known by everyone. Internet, above all, has somehow emancipated the mass up to a certain degree.

Thus anybody who has internet access cannot justify his own political illiteracy. Those who have the luxury and privilege to get all kinds of information cannot deny the fact that they now have the duty to ask questions, to be informed, and to inform and educate others.

Filipino bloggers have a higher degree of privilege and responsibility as citizens of the . Our blogging experience has evolved from writing about our thoughts, petty issues of our lives, and our quirky lifestyles, to the creation of networks of friends and writers, literary competitions, and recently, making a difference not only in the blogosphere and in the literary world, but also in the community. It has brought you all from the ranks of average citizens to exceptional modern day leaders and agents of change of the neighbourhood.

Few days from now elections will be held in the . We will be choosing 12 new (or the same old) leaders to the Senate. I call on my fellow bloggers to create an atmosphere of awareness and ignite in others a flicker of interest to scrutinize candidates.

I believe that you’re all aware of what’s happening in the country but you’re not willing to discuss something that is exasperating and frustrating. But that’s the point. We have to tell them of our frustration. We have to tell them of our disappointments. This attitude of nonchalance must die in our system. It is a disease that will spread to all our people and it will eventually cripple democracy and justice.

Encourage others to go out and vote. Campaign for your candidates, whether you’re supporting the opposition or the administration. Explain to others the importance of scrutinizing politicians. Educate others of the basic political culture of our country. Explain to the youth their role and responsibility as citizens.

And finally, bloggers, you must all write. Write about your opinions and your stand on certain issues, at least for once in your lifetime. Write to your mayors and governors. Write to politicians on why you hate them so much, because you have the freedom to do it. Write to organizations and associations who are fighting for justice and freedom and the emancipation of minorities, the poor, women and youth. Write to congressmen and senators personally or collectively.

Do not underestimate the power of the pen. You must realize how powerful words can be. You must understand how much you can influence a generation.

We have seen how internet-users and bloggers scared the sh*t out of those senators who passively approved R.A. 10175 or the Anti-Cybercrime Act that limits the freedom of bloggers. A powerful tool is already in our hands. All you need is a heart with courage to push further and an unwavering faith that despite all the stupidities and the lies and problems we can still have a better government, a better senate, and a glorious .

I think it was in the early 90’s when I heard the name of Margaret Thatcher, the first female British prime minister.

I was a little political animal back then feeding on rumours of wars and news of power players, both national and international. Napanood ko yung report nung siya ay nag-resign. I was so captivated by the sight of her speaking in front of the crowd and the cameras around her. 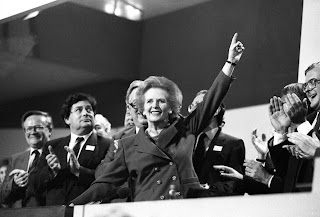 Margaret Thatcher became one of the female icons I will always revere (next to Miriam Defensor-Santiago). I’ve always had a soft spot for the tenacious underdog because I always believe that the more it becomes aggressive in reaching its goal, it will become eventually the overlord. At alam niyo naman kung gaano ako ka-vulnerable sa harap ng power at kung gaano ako ka-inclined mahalin ang mga witty and impressively influential. Well, it’s the power-monger inside me who’s speaking right now.

I admire Thatcher’s tenacity and courage in defying the unthinkable, just like when she decided to become leader of the Conservative Party and prime minister. She never even imagined that she will see a female British prime minister in her lifetime, not even her as prime minister. But she became one, to the joy and dismay of many.

All I want to say is that she’s got some balls which no male politician ever had. I admire her character, her focus, her long-term view of issues and politicise, and tenacity, though I really don’t agree with most of her policies and propositions.

In leadership, I’ve always “copied” her manners and perspective in leading a group, formulating and implementing policies, and most of all, in dealing with opponents.

Love her or hate her, we cannot deny that she has shaped and the world and was one of the great shakers and movers and power-brokers of our contemporary history.

Seats to fill in the Chamber of Deputies- 630

Winning occupants in the Chamber of Deputies- centre-left parties, 54.8% of the seats

Winning occupants in the Senate- centre-left parties, 39.1% of seats (no majority; hung Senate)

Government- 0 (yes, no administrators, just the President of the Republic)

Losers in the elections- the whole nation minus those freakin’ 630 a**holes in the Chamber and 315 goddamn f*ckers in the Senate. 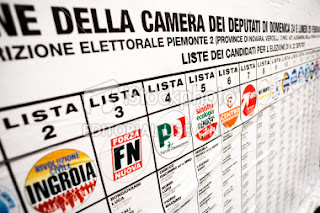 Email ThisBlogThis!Share to TwitterShare to FacebookShare to Pinterest
Labels: Politics

The Casta Diva and the Tale of the Codex Alimentarius

It was another gate-crashing opportunity for me. It’s not like everyday you can be in one of those lavish Florentine palaces. I stood there in that beautiful hall where the Medici family used to dance and dine with the wealthy and influential.

And there I was, just like any other social-climber, rubbing elbows with diplomats, barristers, justices, merchants, socialites, intellectuals, and fellow social climbers.

How did I get there? Well, I’m lucky to have a friend who’s kind of drifting around these people, somehow connected to them but not necessarily part of that world. She once told me that she really hates politics and yet her job has something to do with the world of those thick-skinned blood-sucking creatures. I’m really jealous.

Everyone was there except for one person whom we always expect to show up in social events like this one- The Casta Diva. It was quite unthinkable that the Casta Diva would be absent in a very special event as this one. 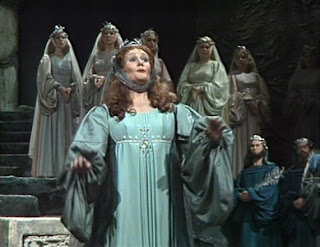 It was a book-launching event, an important one endorsed by political figures that are helping poor communities in the . Others were invited. Others, because of their social status and political importance in , were expected to be there. Others, because of their connections and ambition, tried to be there. People would think that I’m part of the latter. In one way yes, and in one way no. Yes, I was there because I had connections and I am ambitious. But I’m there because I have invested a considerable amount of time and energy to be part of that small group of people who faithfully translated that book.

That blessed codex was not supposed to be in the hands of common and titleless people like me and my friend and her husband.

Time passed by but no deciphered codex came around and the Casta Diva was nowhere to be seen. This enraged the Opulent Barrister because he was allegedly cheated by the great woman.

It’s really a big deal because Casta Diva is known as one of the leading Filipino politicians in . And now, apart from being a great diva, she’s gained a certain reputation- the runaway Casta Diva.

And this is probably the reason why she didn’t show up there. Too embarrassed? She should be thankful that His Excellency saved her ass. If it wasn’t for him, Opulent Barrister wouldn’t stop bad-mouthing her.

Once again she added more to her heap of enemies. But more than that, her own people should be ashamed. I mean, we’re already embarrassed with all the shitty ideas they always come up with and the whole circus they bring to the city.

They appear dignified and intelligent, they demand respect, and yet they act like clowns.
My friend advised me not to write anything about it. But I told her I would go on. If they want to be our community leaders then they should be accountable to us. They must answer the questions of the people. Besides, I’ve seen her go up and down, and I’ve seen many times how she has played tricks with those dim-witted fools.

After this storm, she would surely come out again all pristine and immaculate, shining in treacherous glory- The Casta Diva is come to lift again the Filipinos from misery to make a circus out of these people.