Heirs and Their Movies

Fans of marvel comics and the artists behind Batman are creating a movie about the successor and future saviour of .

They called it “Son of Batman.” 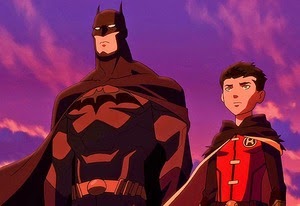 Those who are of deep spiritual reawakening/soul-searching kind of people are raving about the new movie of the life of God’s only Begotten Son.

And they called it “Son of God.” 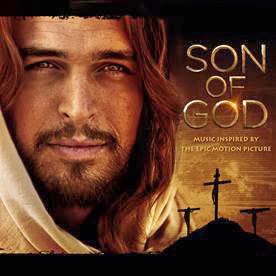 And how about a movie on Nancy Binay’s life and struggle from being a personal assistant to the world of Senate entertainment industry? 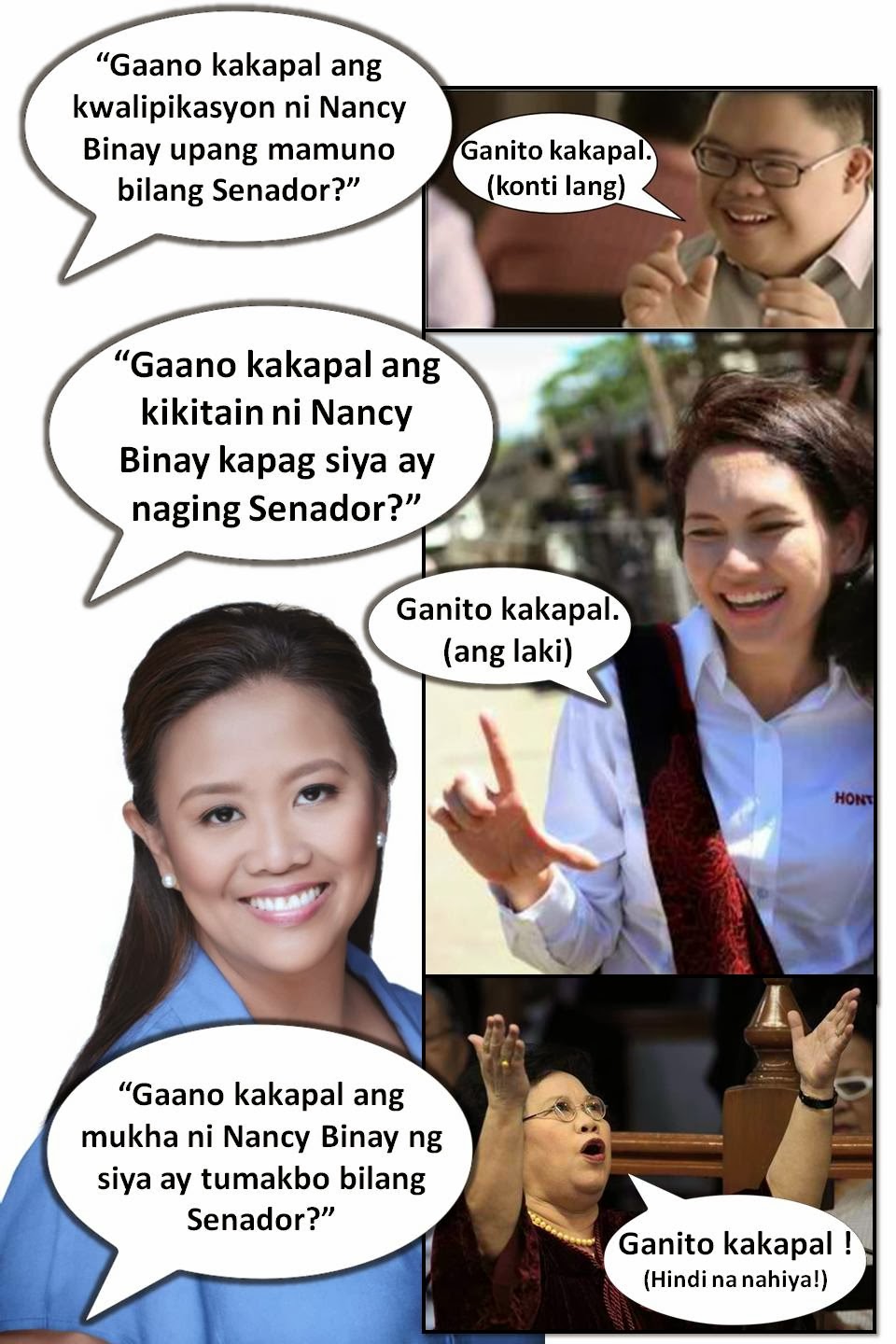 Fans and constituents of Revilla and Estrada are suggesting they produce a movie about their heroes. 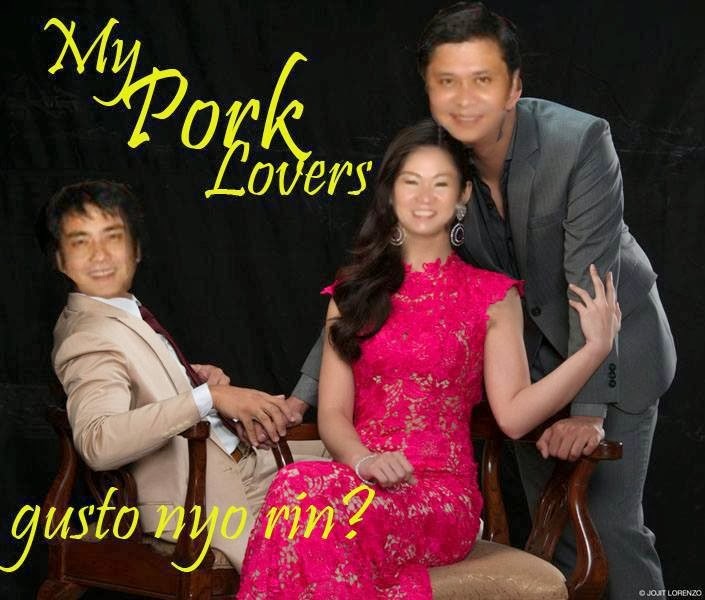 Email ThisBlogThis!Share to TwitterShare to FacebookShare to Pinterest
Labels: Politics

Of Black Skin and Being Politically Correct

One time a friend of mine reprimanded me for making fun of a person’s skin colour. That person in question was the Vice President Jejomar Binay. For her, my joke was of bad taste, and it’s politically incorrect to mock somebody because of his skin.

True. It is politically incorrect. I really want to be a responsible citizen, and a reasonable blogger. But what the heck, this is Binay.

If I say, “Binay is a good person. He’s corrupt-free”. That is lying. It’s not how I feel and think about him and I will lose all credibility as a blogger and as a human being.

If I say “Binay is corrupt to the bones.”, for me that's truth, but for onion-skinned crocodiles in the legislature that is called cybercrime, according to Republic Act 10175. I have no intentions of breaking any law.

Our laws and ethics do not leave me any other choice but to choose the greater good. Honesty is the best policy.

I’m going back to my being politically incorrect. Nancy, you’re next.

Typical Mornings in March: What we actually love, eat, and pray for every morning here in Florence

The alarm sets off at . I hear Iggy Pop’s “The Passenger” banging on my eardrums. I love that song. It’s my official road trip song- that trip that I’ve been planning for months now, and that would be my official background music towards freedom. But I realize that I won’t be making any progress with my plan because I’m bound like a slave to my job. 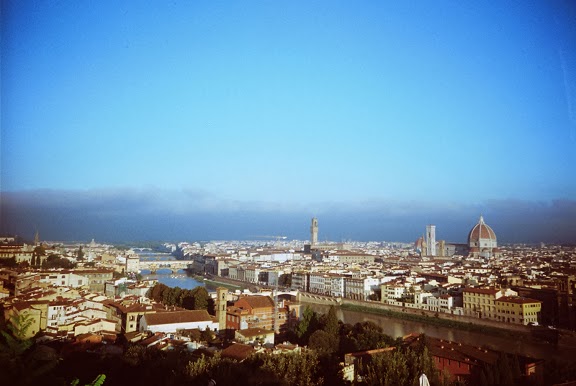 I get up and go to the bathroom. I wash my face with cold water to wake up my whole being. No, I’m not going to get a shower yet, not even breakfast yet.

I shed my pajamas, put on a sweatshirt, jogging pants, and shoes, and go and do what I must do first thing in the morning- no, not jogging; find an appropriate parking space. Yes, because when I come home from work, our area is swamped with cars. It’s like there are more cars than human beings in this neighborhood. And free parking spaces are just as scarce as my money. I can’t afford to rent a garage. Perhaps the government thinks that its citizens are shitting with lots of money, that’s why urban planning is shit and they wiped out all possible places where residents can park their vehicles for free. is so small you hardly call it a city, anyway.

Why do I need to find a parking space for my car? It’s because the fucking municipal police will be out there early in the morning slipping out tickets with sky-rocketing fines. Hey, Mr. Law Enforcer, there’s one more thing that I would really love to do instead of paying all these fines. I’d love to slip that baton into your hole.

After half an hour of thinking how much the price of diesel has gone u, and which fuel stations have cheaper price of diesel per liter, and after I burn car fuel going around streets avenues, I finally found a spot- a 15 minute walk away from my place. I’m not sure if I’m going to thank God for making my life more complicated or for giving me a chance to do some exercise early in the morning.

And speaking of exercise, I’ll be doing some too this month. You know, way back when I was in the , gourmet food, buffet and great Italian cuisine were just dreams for me. I could only imagine myself then enjoying the joys of eating. And now that I’m enjoying it to the fullest, doctors now alarmed at the sky-rocketing levels of sugar, fat, cholesterol and triglycerides in my blood (I didn’t even know they actually existed in my blood. Okay, I did know they were present but I ignored their existence).

I need to be fit and healthy to live longer. Even if life is a real bitch, I still want to live longer. But there’s more to it than being healthy. I want to be sexy and attractive, and get laid (the boom-boom-pow-bangin-on-the-wall-like-there’s-no-tomorrow kind of getting laid). We all want to be beautiful and sexy and marketable. Now, we’re all bombarded by powerful images that tell us if your ass doesn’t fit in those freakin’ fuckin’ goddamn skinny pants, you won’t fit in society. The YOLO advent and the culture of youthful looking is so prevalent that I’m saving money for botox instead of saving money to invest it in the stock market. But you know how it is here in Europe in post-fucking-Lehman-Brothers-bankruptcy-world-fucking-crisis days- botox and plastic surgery are more formidable and trustworthy than the stock market, the banks, and investments. Plus, to look younger is more appreciated than being smarter. And you ask why the world is full of bullshit.

But anyway, working out and running can be really fun, especially early in the morning because you breathe in fresh air, and the whole city is calm, and there are no assholes around except for the sweet chirping of birds. It can be a drag at first but when you get a hang of it, it’s a wonderful experience. Just think how priceless it is to run around the city while looking at medieval walls, historical towers and palaces, and the peaceful . It can be fun. It simply feels so good after a good run and you’re all sweaty and tired. Just as good as, I dunno, an orgasm?

I go straight to the bathroom. I don’t shower anymore. I employ Filipino ingenuity- tabo system. We’re paying so much for the public service here. They actually have you pay for your basic necessities like water. Taxation for water, can you believe that? In other cities, water is free. Here, the home of our new Prime Minister Matteo “Goddamn-you-fucktard-I-hope-you-die” Renzi, we’re paying for it. But thanks to my Filipino culture, I save more money, I save water, and I save the environment. And to make it better, I always play some music while in the bathroom. Lately, I’ve been listening to Filipino classic love songs. I’ve been listening to Sharon Cuneta’s songs. Wala lang. Bagong trip ko.

I sometimes have breakfast at home. But even brewing coffee at home can be time consuming. So I go the nearest coffee shop. When I first came here in , a cappuccino and a sweet pastry cost £ the old Italian liras, and that is supposedly equivalent to € 1,03. Now, breakfast with cappuccino and sfoglia alla crema- €2,20.00 (22% VAT included, that was 21% six months ago, that was 20% more than a year ago). Ever since Euro came in, we are paying twice the value of every product and service, but our salaries still remained rigidly to their same old equivalent in lira. No logic explanation, and nobody in the authorities exert any effort to explain this to all citizensThank you European Union. Thank you European Commission. Thank you European Central Bank. Thank you Banca Italia. I hope you have a nice breakfast too.

You know what’s really a nice breakfast? I want to rip off the heads of the governors of ECB and Banca Italia, that of the European Commissioner, and that of those Europhile politicians. I want to have their hearts for breakfast together with bacon and eggs and a warm cup of American coffee. That’s a breakfast for a champion. For now, I should satisfy myself with a sweet pastry and cappuccino.

What else do we eat for breakfast? Political rants. Political complaints. This morning, when I walked into the café, I can already hear the barista ranting about the new policies of the new administration. It would be followed by an old lady in a mink coat tells her story of how her pension was reduced into a pauper’s paycheck, and then I will join the debacle. And there you are- a glorious chorus of our rants and feverish denunciations.

Politics in is really different. The people here are so smart that they would vote for the right candidate. Because of these, politicians need to be smarter. Unfortunately they don’t any other options so they end up putting the real assholes in power. So every morning, this is the scenery. In the , there are so many idiots in society that dumbasses think they could outsmart the masses, and they actually can. The thing is, Filipinos have MORE THE NECESSARY NUMBER OF QUALIFIED CANDIDATES but they end up voting for the assholes and the dumbasses. And that explains the scenery back there.

But unlike Philippine politics, there’s no drama here, no entertainment, and you really can’t make fun of the statements of politicians because what they say usually make sense.

Wait. I’m just kidding. They’re all the same, except that politicians here are smart and verbose, and serious in politics. But they’re still fucking idiots.

So after eating political rants and a sweet pastry and washing it down with cappuccino and resentment, I go to work.

Before I start the engine, I pray the common prayers of residents in :

“Heavenly Father, who art in heaven,
look down on us with grace and mercy.
Give us this day our daily dose of patience
And forgive us for nursing murderous thoughts
Of our bosses and driving assholes in the streets.
Deliver us from traffic jams, taxes,
Bastards in government and law enforcement agencies,
And especially from the wrath of my boss because I’m late,
And from the temptation of the pleasurable experience of
Killing one of them.”

Catholics, Protestants, Muslims, Atheists, all say amen to that.

And off I go to work. I survived that early morning. I will live until the end of the day.

Ladies and gentlemen, this blog is back to regular programming.