The Rise and the Imminent Fall of a Florentine Inquisitor

I was a master inquisitor within the community of our faith. You may consider me as one of the archdeacons in the hierarchy of our religious institution. I held the office of the overseer of the young members of the faith.

I wasn’t the inspirational kind of church leader. I wasn’t the kind of professor you saw in Dead Poet’s Society movie. I was never compassionate with others. I used to be constantly consumed in wrath, and showed a light mood very seldom. 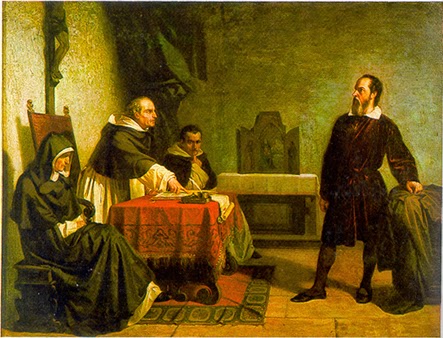 When I spoke in front of the faithful, it was as if I was on a high pedestal. My words conjured visions of fire and brimstones falling from the skies. My rebukes thundered as if they were the very wrath of God being poured on all creation. I knew my fundamental theology well and used such doctrines to single out presumptuous heretics, rivals or idiots that are clinging on the ladders of ecclesiastical powers.

And for this I was commended to teach the Holy Scriptures to the youth. Then I had a following. All line up behind me awaiting my commands. They did it for fear and/or for their love for God.

I derive my authority from the Holy Scriptures. I believe them to be the authentic Word of God- God-breathed and divinely inspired. My knowledge of the teachings of the apostles and holy fathers of the Church established my authority and command their obedience. I feared no detractors or critics.

In my watch, I made it sure that biblical principles were upheld and imposed upon the youth of the importance of pursuing holiness and righteous living.

Yes, I was that legalistic pharisaic Christian. An asshole of the purest kind.

Why did I do it? Part of me admits that knowing you have a powerful influence upon the lives gave me a perverse ecstatic satisfaction, and part of me knows that it is for the greater good of the community, of the brotherhood of faith.

One time we had to deal with an excommunication of two young members of the church who committed sexual immorality. I was too unforgiving, denounced them heartlessly, and even spoke out as if to deny them grace and pardon. At the time, there was full conviction in my heart of what I said, that I was doing the Lord’s work, that the only way to correct their wrong-doing is to carry out this excommunication in the most rigid manner possible and then banish them from the church building until they come back to ask forgiveness.

It was one of the most difficult moments of our community. Many people were hurt. Many betrayed me. Many remained faithful. Many lost faith.

It’s funny how some frivolous love affair could burn friendships and hurt emotions in the church when things like this are nothing but an entertainment item in the world. It’s funny that the morals taught by the Bible was upheld by someone like me, one who is nothing but an empty tomb in front of the holy laws of the Almighty, a rotten hypocrite clothed in sacred regalia.

So I won the case. With my aid, an erring brother and a wayward sister were expelled. But what have we gained? What have I gained?
Perhaps the admiration of people who thought, “Now this is a holy man.” It’s true what our beloved bishop once said, “You may win an argument, but you won’t win a soul.”

My days as a holy man are numbered. I will eventually fall from the pedestal from which I stand. What was concealed from the church will be revealed soon. And very soon, those who followed me will be the very ones who will demand a pound of my flesh and my eventual excommunication.

Why was I so unforgiving then? Why did I act mercilessly? Because I was afraid that the church would never accept me. I thought that the only way to protect me from being hurt is to claim to power and undermine all the others in the shadows of an earthly glory. I thought my salvation is through the strict adherence to what they called truth.

I have come to this point of my life that I realized that I cannot live anymore in the false pretence of a holy servant’s cloak. I have caused too much pain to others, and have built friendships on a false personality. I want to live in sincerity and righteousness.

Even though I have a striking fondness for powerful offices, I have decided to relinquish them all and stay away from them for I may have done great things but I have hurt a great number of faithful people. It was never God’s intention that people get hurt in the expansion of His Kingdom.

I will fall, and that’s for the good of everyone, and for the glory of God.

Years have passed since the end of those troubles. The erring couple was once again admitted to the church but still under disciplinary action. Slowly they were being admitted again to the community. They have a beautiful baby girl now. And I was chosen to become one of the godfathers of the infant.

It is always a great honour for me to be chosen as godfather, and at the same time I was humbled by this. I felt I was forgiven for what I’ve said and done. I realized my errors. I realized how I ruined myself with my own pride and self-righteous attitude.

Email ThisBlogThis!Share to TwitterShare to FacebookShare to Pinterest
Labels: Religion, The Brain Storm

As usual, I went to the movie theatre alone to meet again an old flame, Nicole Kidman. I wanted to see her again after a very long time; this time in the person of Her Serene Highness Princess Grace of . 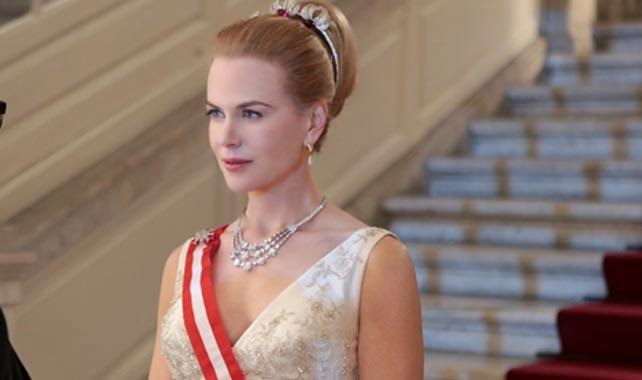 Grace of Monaco didn’t receive such great movie reviews SIMPLY BECAUSE IT’S POLITICALLY MOTIVATED THOSE CRITICS -BREED ASSHOLES. How can you hate something so beautiful and divine as Nicole Kidman?

Well, the movie is über melodramatic. It’s backed up by stringed instruments and tinge of a Maria Callas’ divine voice. It’s glamorous. There’s a beautiful palace. And it’s the story of a girl who became a princess. Predictable, but you simply can’t say that Nicole Kidman’s acting is bland!

It’s a movie full of emotions and romanticism. And it’s all pure beauty.

Thanks to this movie, I have clearer idea of the difference between and ; an idea as clear as the realization of the shit you find in the reviews of growling critics.

Only Geoffrey Macnad of the Independent gave justice to this movie.

But come to think of it, after Moulin Rouge and The Hours, Nicole’s succeeding movies were, uhm, flop.

But who cares what people think? I look at the silver screen. I don’t see the diva of flops which those assholes keep on writing about. I see a beautiful lady, Her Serene Highness Princess Nicole Kidman of my Heart.

Anyway, Monaco, I'll be seeing you next month!
Posted by Mr. Tripster at Saturday, May 24, 2014 4 comments: Links to this post

This is not about a sexual fantasy of how a person will desecrate the sanctity and innocence of a priest in the confessional booth. I am not suggesting that it is my fantasy. I leave that to the imagination of my dear readers, hehehe! 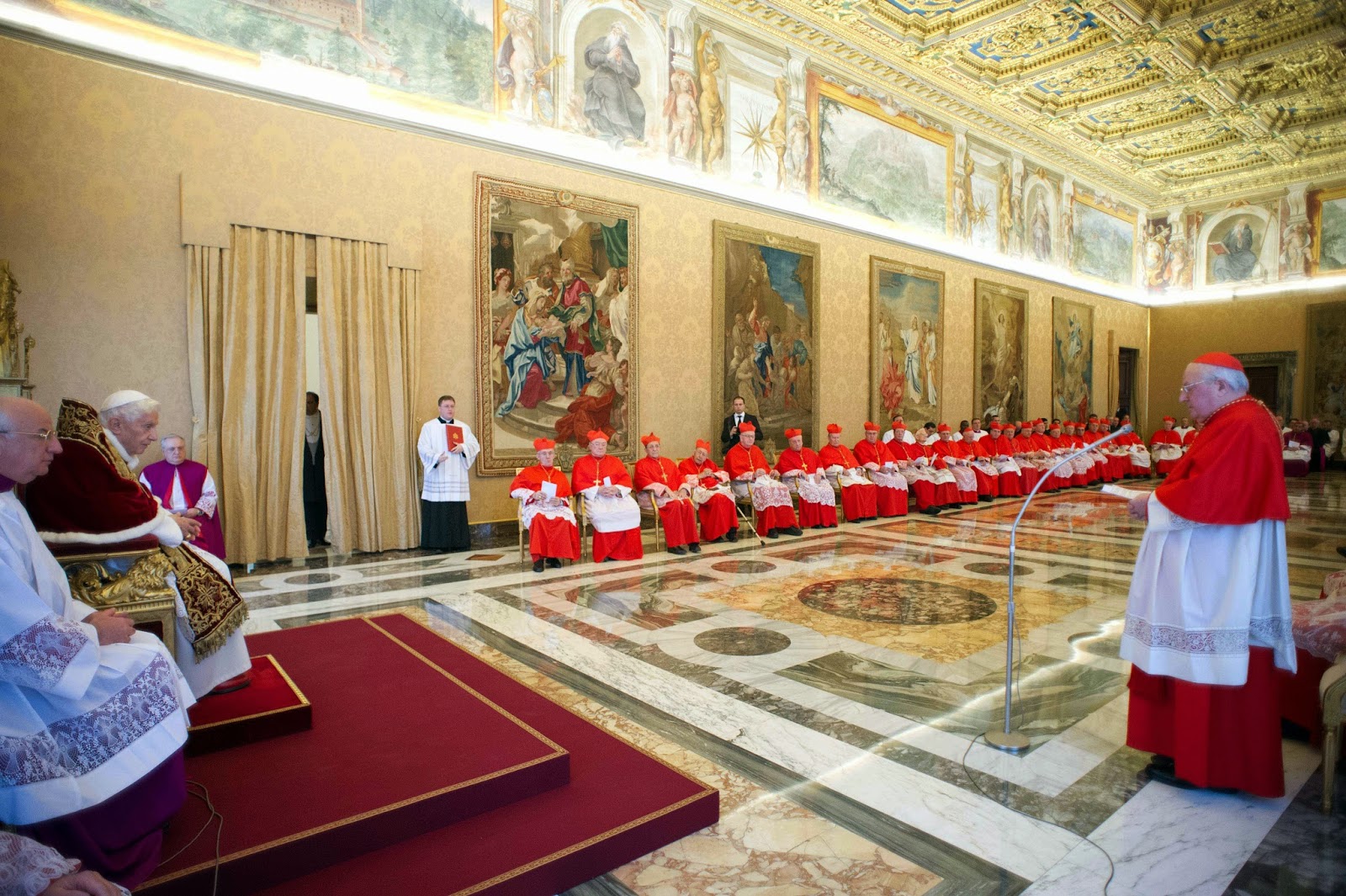 I was born a Catholic, and raised in Catholic education and culture in my childhood. Only in my teenage years I chose a different spiritual path and was converted to another faith. Anyway, as a child, ever since Pope John Paul II visited the , I’ve often had wild dreams of becoming a Pope and ruling the hearts of peoples all over the world, an influence that transcends time, borders, cultures and nationality.

I’ve read how the Catholic Church has defied the temporal powers of the earth in order to protect its interests and its relentless battle against empires to establish its rule and supremacy. It’s the idea of having a stance of defiance against an imposing rival that makes me so drawn to the papacy.

I only abandoned the idea of grabbing the papacy because:

1. No sex- though in the past many popes have had hidden wives and a roster of courtesans. But theologically speaking, there’s no sex at all.

2. Too much to study- I have nothing against studying theology but we’re talking about a decade of study just to become a priest. Then a lifetime of waiting to become a bishop and so on and so forth.

Even though I’m of the Protestant persuasion, I admire the popes of the Catholic Church, especially those who were quite controversial, such as Pope Benedict XVI. I don’t like Pope Francis that much. But it’s the power-monger inside me that’s talking.

Ok, dear Catholic readers, I have nothing against your church. It’s me. My theology has changed. But in fairness ha, hate ko pa ang sarili kong church but I admire the hierarchy in yours.

This is what we call some holy random shit. Right?

Email ThisBlogThis!Share to TwitterShare to FacebookShare to Pinterest
Labels: Religion, The Brain Storm

A Diadem of a Demented Diva

I’m a sucker for histories of royal heads of and the imperial dynasties of the Orient. They feed my delusions of establishing my own house of nobility, even if there’s no trace of royalty in my veins. Siguro naman sa buhay niyo minsan niyo na rin pinangarap maging isang hari, reyna, prinsipe o prinsesa.

In my previous post you have read the official titles and styles I have formulated for myself. That’s actually shorter than the previous one, hehehe!

Anyway, I was watching a documentary about the royal jewels, because I thought if I’m wearing the One Black Ring what other royals are wearing?

I landed on this interesting documentary about the jewels of the Russian imperial family. The treasures of the tsars and tsarinas, the Faberge eggs of princes, and the tiaras and diadems of the matriarchal Russian grand duchesses- nothing could rival them.

There’s one particular jewel I saw that had a very peculiar impression on me. This one. 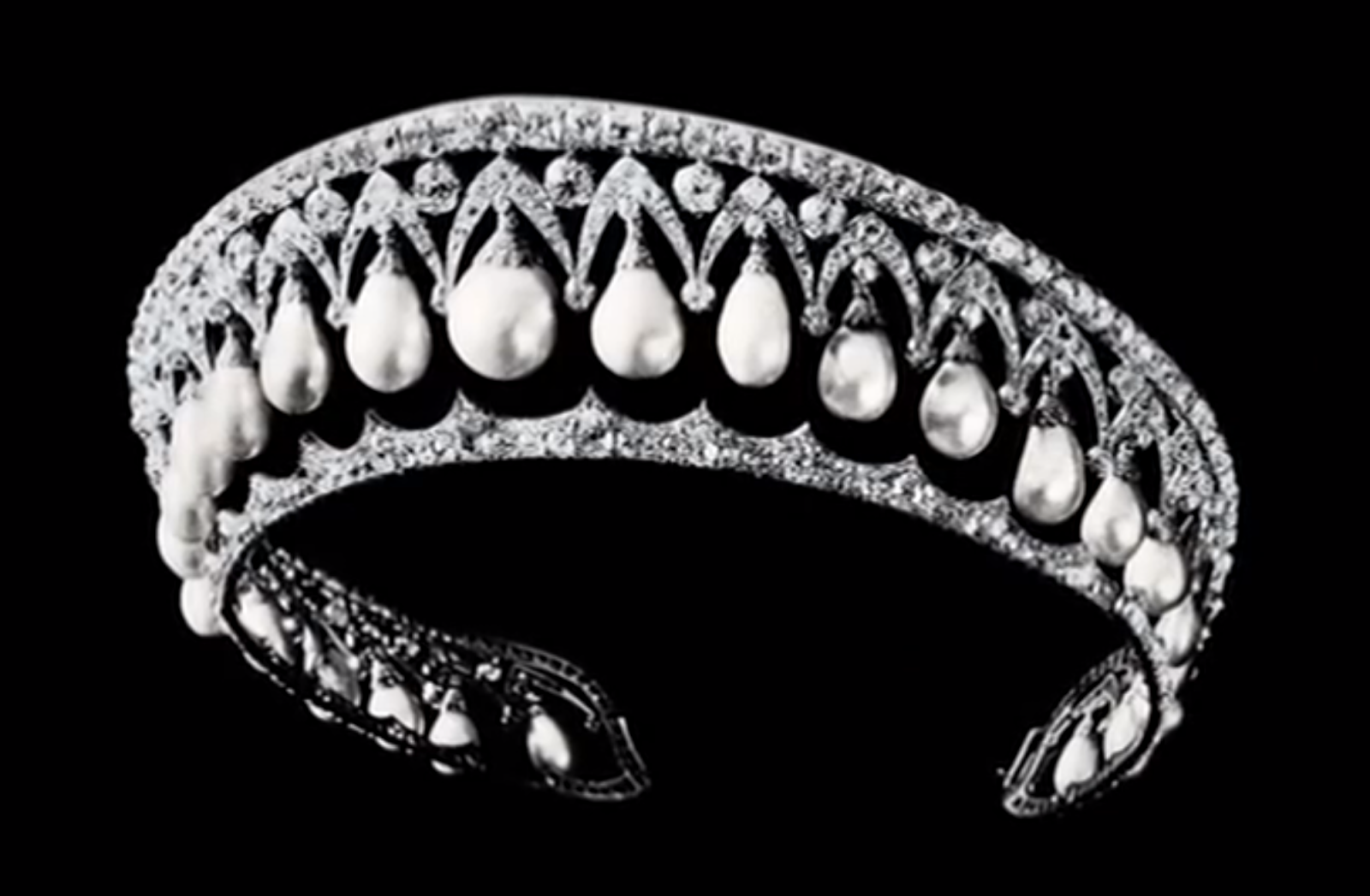 It’s the favourite diadem of Empress Maria Fedorovna of , mother of the last Russian tsar. It was made by Bolin and was sold by the Soviet government in the 1920’s. At first I thought that I saw this diadem before. Then one of the grandchildren of the imperial family narrated that the diadem passed from one royal owner to another, then to wives of tycoons, and finally it the diadem landed on our very own feelingerang royalty Madam Imeldemented Marcos.

I remember in an interview when asked why she bought tiaras and diadems, she said that these jewels were forms of investments for the . Well, I’m a stupid person, but I didn’t fall for that bullshit.

Now it is clear to me about the truth in certain theories about the demented minds of the Marcoses, especially that of Imelda- they did aspire to become, or perhaps create an image of, crowned heads of the archipelago. See how drunk they’ve become of power, greed and delusion?

I also read in a book that Imelda even attempted to pair up one of her daughters to some English nobleman or even to the heirs to the British royal throne. 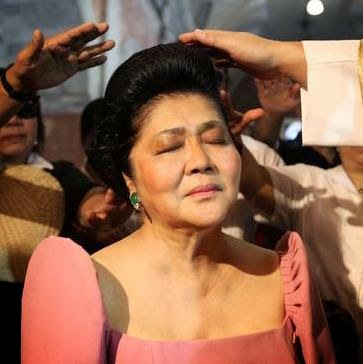 Almost all of the rest of the imperial jewels were lost- either sold by the or by the exiled Russian nobilities. As for this diadem, well, it’s in a vault, maybe under the custody of the Philippine Commission on Good Governance or in the greedy care of Imelda herself. Nobody knows.

Creating a title for oneself is one thing (that’s being a dreamer), but squandering the people’s money for diadems and tiaras just to become a monarch of an oppressed nation is another (that’s fucking delusional bullshit).
Posted by Mr. Tripster at Friday, May 23, 2014 6 comments: Links to this post