Works by my favourite writers… 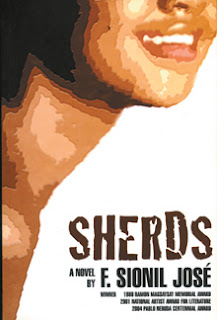 It has the same old favourite theme of F. Sionil José- class struggle. But you can’t get enough of it, simply because it’s a story that is truly happening in the .

Peter Gregory Golangco, an artist, academician and a hacendero who belongs to the old and wealthy Golangco clan, meets the feisty and bright student, Guia Espiritu, and was mesmerized by her native beauty and wit.

The rich guy is frustrated because he couldn’t decide whether he wants her as a mistress, or as his protégée, or as his daughter. The author has always rich ’s in his stories. LOL! But that’s fine with me. I don’t want to be judgemental.

So the girl will be an inspiration for him, but will she be his ultimate downfall?

The book poses the questions about the Filipino artist and its role in the struggle of the poor and the end of the rich’s supremacy.

Very interesting and insightful to read.

after the quake by the literary drug Haruki Murakami 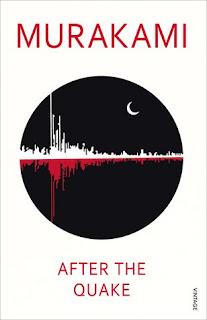 after the quake is a collection of stories that revolve around the 1995 earthquake. Six stories written in Murakami’s distinctive and addictive style. I honestly don’t know how to expound on that. Nevertheless it is a wonderful book. I always consider his works as drugs and my ultimate source of psychological escaper from my dreary personal life.

Get high on this book, not on drugs. 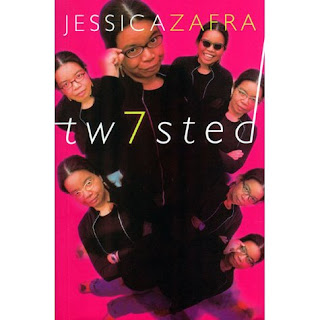 Her rants and raves about the great, the noble, the squalid, and the mediocre will make you laugh out loud, and realize that she is the ultimate diva that would change your life, or at least brighten your day with sarcasm and irony. Not to mention her crusade against the stupid.

Read Twisted 7. Pledge your fealty to Her Imperial Highness the Grand Empress. Enjoy!
Posted by Mr. Tripster at Friday, July 29, 2016 10 comments: Links to this post

After many years of hopelessness, finally, Malacañang will be illuminated, not by the new president. No. I wasn’t concerned about the presidency at all. I was talking about the “Office of the First Lady”. Yes, the country has urgent need of a First Lady, and by God’s grace, He granted us ’s mayor, the beautiful and kick-ass woman, Ms. Sarah Zimmerman Duterte-Carpio. 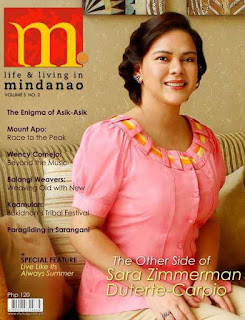 We sometimes disregard the importance of the role of the veiled power-player behind the throne. In the past, First Ladies were just the presidential consorts and principal hostess of the Palace. But that was not the case when Imelda Marcos assumed the role which she totally revolutionized after becoming an influential power-player herself. She wasn’t only the Palace’s hostess, but she was also the late dictator’s alter ego, and at times, one of the many political rivals. Imelda proved herself as an important political weapon when she became First Lady- she was a public charmer, humanitarian, and the president’s envoy. 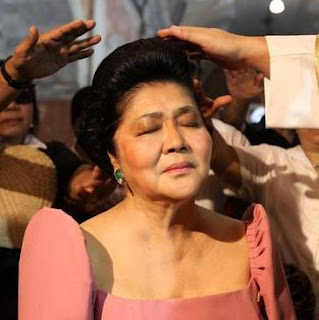 Enough about Imelda. My point is, since Imelda, the First Lady’s role has changed and evolved in many ways.

After Imelda, there was Mrs. Ming Ramos who was very active in her role as the presidential spouse, advocating issues for the environment, going around the country promoting and helping charities and many other foundations, even sports events that promote her sport badminton. 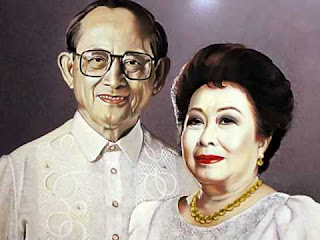 And then we had the Martyr First Lady, former senator Loi Ejercito-Estrada who renovated the Palace and making it the grand splendour of (I presume). 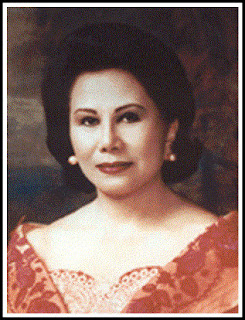 Of course, First Ladies wouldn’t be interesting without their antitheses, the First Queridas.

I wouldn’t discuss Imelda’s rivals here. That’s another entry. Believe me, I can write a book about it. I just need the right sources and do some more research.

As for the Ramos Administration, there was The Hidden First Lady who was allegedly the hostess of a powerful political group who “counselled” President Ramos and was said to have an overwhelming influence on the President’s policies. This socialite had a very peculiar relationship with FVR. I won’t say anything further. I might end up committing another presumed cyber-crime, or worse, assassinated for being too chismoso.

On the other hand, the Martyr First Lady Loi Ejercito-Estrada, well she had to share the President with other 12 Unofficial First Ladies, allegedly; each living in her own splendid palace in the capital, allegedly.

The last decade we had Presidential Spouses who are too glamorous, too scandalous, or too irritating.

The fall of Estrada paved the way for the Gloria days, who gave us the first ever First Gentleman, Mike Arroyo- a huge pig, ugly, and perhaps guilty in all levels of corruption and plunder. He represented the in various business meetings, perhaps with the Chinese, and many other dark lords of corruption. 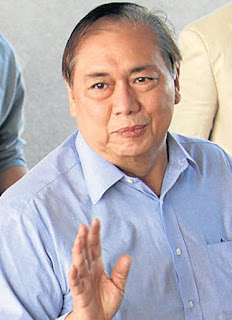 And then we had Kris Aquino, the lady whom I fondly called First Lady. She graced the with her super white skin, wide mouth, annoying accent and laugh, tactless bitchy manner, and her . I hated every moment of it, of having Kris Aquino as First Lady. I really don’t know what she has achieved and I really don’t care. 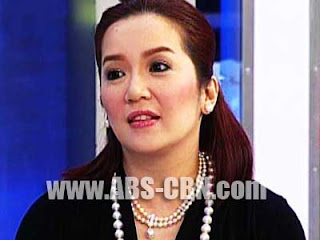 But now we have Sarah Duterte-Carpio, The Kickass First Lady. I will never forget that punch she gave to their local sheriff in . And her compelling campaign to push her father to run for the presidency. And of course, the fact that she bears the name Carpio makes it imperative for me to raise up my banner and support her.

I've always said that politics is the showbiz of the ugly, by the ugly, and for the ugly; for I see more ugly faces that charming and beautiful ones.

There are only perhaps a dozen of people I could think of in 30 seconds who are truly handsome or beautiful. And they are doomed to fade away, or they really never increase in number.

The usual focus of the public is on the candidates, on the politician himself, and on his opinions. The usual shit in politics.


But the 2016 Presidential Race was spiced up when media covered the most useless and frivolous issue of the election season- the candidates' sons and presumptive heirs. And by the looks of it, their offspring possess the glamorous and panty-dropping, enchanting, nakakaloka looks (finally, thank God!).

Thank you media. You really know what the people fucking need. So they featured this roster of young men that I like to call the new Princes of Philippine Politics. 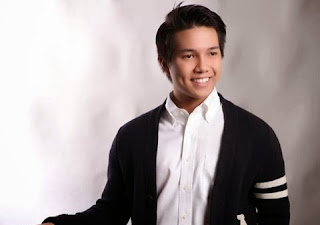 But this was way before the general elections. And out of nowhere came out this photo. 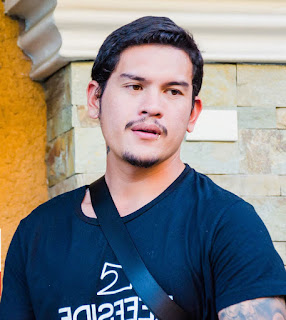 Stage 5- Gets back to reading and searching for Sebastian Duterte while raving on the phone about the guy with gurl bestfriend.

Stage 6- Speaks of Sebastian Duterte with friends, calling him by his first name like they are in a real relationship.

Stage 7- Shrieks and giggles and speaks in wild tongues whenever Baste's photo appears before him. Undergoes therapy.

And that's how I became Baste's secret paramour. LOL!

To end this worthless entry, here's a photo of my new beau. 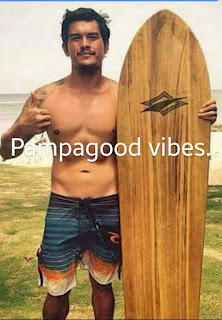 Don't you just want to become a soap and lather that body all over? LOL!

That Southron Lord of Davao

I think people should stop making memes of President Duterte and family as the Philippine version of House Stark of Game of Thrones. It feels like it’s bad luck. Not that I am superstitious, but there’s a probability that whatever happened to the Starks could also happen to the Dutertes. 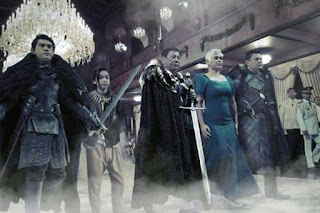 I am a firm believer in the fact that the political principles of the dynamics in the world of Game of Thrones are not different, or should I say, the same in the Philippine political landscape- minus the dragons, the Night King and the Others.

But Duterte is truly like Ned Stark when he was Hand of the King under King Robert Baratheon. Just like Ned, the new president has a very promising start. He is chivalrous and determined to bring down and destroy all the evil forces in the capital and in other realms.

It’s quite worrying because this southron lord who has come to claim the throne in Malacañang could be devoured by the system. Only a fool could claim to be not tainted by corruption or say that he could withstand the establishment’s dark vortex. And any man who vows to change the country with words such as “change” and “better future” is doomed to become a new disappointing system that replaces another.

You see corruption and injustice are so deeply rooted in our politics and social culture that even Lucifer himself doesn’t bother anymore to frustrate whatever divine agenda the Almighty has for our country. And add to that the bishops who are so vociferous of their opinions and EXPERTISE on matters such as sex, family, and politics.

But he did have achieved and spearheaded a lot of things in a week that other buffoon-presidents tried hard to do in six years. And change is never a pleasant thing, especially when there’s a twisted quarter-of-a-century-old political culture that has been rampant in our communities. Many people, high born and low would be too reluctant, pessimistic, or would even oppose any change at all, even if it’s for the good of the nation. We can’t even follow basic rules in traffic, and we hit our MMDA officers when they reprimand us, even if we are in the wrong! And how far will the fierce mob of Dutertards back up the president when things could go wrong? History tells us that Filipinos, even those known to be nationalists, have been the greatest turn-cloaks of all time.

I refuse to be the new Negastar in this new age of Philippine politics. But with so much promises and many things to fix in our republic, and my being fully immersed in the next few weeks in my reading of “A Song of Ice and Fire” novels, one can’t help but think of Ned Stark’s pretty head rolling down the steps of Baelor’s Sept. 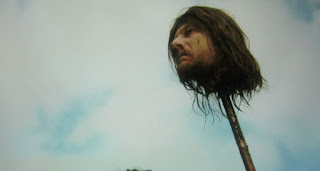